Red circle - Don’t touch this screw, it’s adjusted at the factory (from what I’ve read).

Green circle - Use this screw to carefully make adjustments while the CD is spinning. You can hold the transport in your hand with a disc clamped in the drive or you can change the position of the screw a little bit back and forth, fit the laser in the player and test it with a disc. Repeat as necessary. This trial-and-error method isn’t as fast as the recommended method of holding the spinning transport carefully in your hand while it's spinning a CD. If you look at the laser lens you can see if it is off to one side or the other. Adjust as necessary. Ultimately the laser must hit the disc exactly perpendicular to the readout surface.

Yellow circle - You may need to change the setting of this screw as well, but my recommendation is to generally leave it alone.

The advice is to only change one screw at a time. That way it will be easier to go back to the initial setting in case you mess up. Take note of the initial setting of the screw before you start. Any and all adjustments to electronic devices are done at your own risk. Observe all safety precautions when handling electrical and electrostatic sensitive equipment. You break it. Your problem.

I Use your granddads' electronics, it sounds incredible!

I love thrift shops or second hand shops. I love digging around in other peoples' old stuff. Especially electronics. The reason is that I can often buy gear that when it was new would have cost thousands of rands for a fraction of the price. Some really high end stuff can be found for next to nothing. One recent find is a Pioneer PD-S501 CD Player with the so called "stable platter mechanism". Partnered with my Yamaha AX-350 amplifier it makes for a pretty high-end little system. Both items were bought from a pawn shop for next to nothing. Score!

The Pioneer PD-S501 has a Pulseflow DAC which is Pioneers' name for a 1-bit or bitstream DAC. Their implementation is the best I've heard so far. It's incredibly detailed allowing me to hear background detail in many recordings I never noticed before. Beware though, I do find it very bright on certain CDs and it can be tiring to listen to. It depends on how the disc was mastered. I do most of my listening using the Monica DAC along with the tube headphone amplifier. Audio is fed via TOSLINK interface from the PC running iTunes. I used to compress CDs using AAC at 256kbps, but switched to Apple lossless format recently. 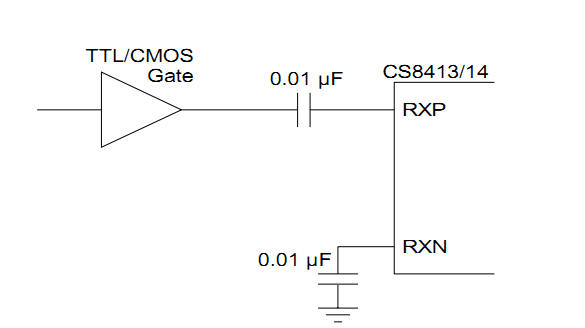 This is the famous Monica non-oversampling DAC. I modified it for TOSLINK optical input. Replace C22 and C14 with 0.01uF capacitors as per the CS8414 datasheet. The TORX177 produces TTL output levels. Remove R16.

How to tell if a CD was mastered using Video Tape

I was excited to get a 1982 copy of ABBA: The Visitors on ebay recently. It is now the oldest CD in my collection. The Visitors is special because it was one of the very first albums to be released on CD in 1982. What is more special is that The Visitors was digitally recorded (a few tracks are analog) using the new 3M Digital Audio Mastering System at Polar Studios.

I recently (12/30/2018) ripped the audio tracks on ABBA: The Visitors to .wav files so that I can look at them in Audacity. I made an interesting discovery. When I viewed the tracks in spectrogram view I noticed an unusual anomaly. There was a tone at about 15-16kHz going through all the tracks on the disc.

When all is said and done. (click for larger view)

Each track on the disc display this anomaly. A high frequency tone or noise in the background of the music. The level is quite low so it is not audible, but it can be clearly seen. Consider that this is a view of the actual PCM samples on the disc. At no time did I pass any of these signals through an additional stage of ADC before viewing them in Audacity.

There is a simple explanation for the presence of this noise or tone. Way back in the early 1980s the only way to master a CD was to write the digital data as a pseudo video signal to U-Matic video tape. Before the audio data could be written to the video tape it had to be processed by a PCM Processor. It converted the digital audio into a video signal the video recorder could record. It would appear the audio was played into the ADC units of this PCM processor (typically a Sony PCM-1630) and in the process the horizontal scan frequency of the video signal leaked in. The horizontal scan frequency is 15.750 or 15.625kHz depending on whether NTSC or PAL video timing is used during mastering. When you look at the spectrogram view you will see the noise/tone at that location.

It is very likely that many other early CDs display this interesting anomaly.

I took some photos of the innards of my Yamaha CDX-530. I now have a service manual for it too. I love this player. It never screams at you.